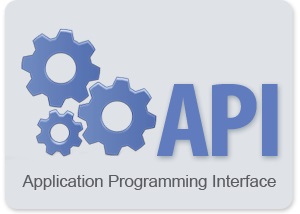 Often it has been observed that a software has to rely on others to perform functions that it may not be able or permitted to do by itself. Virtually all softwares have to request other software to do some things for it. To accomplish this, the asking program uses a set of standardized requests, called application programming interfaces (API), that have been defined for the program being called upon. APIs have been an important part of the computer industry since early days. They are fundamental to the way that computer, software, and network architecture has evolved. But, APIs aren’t just about what content they deliver, they are also about how well they deliver that content.

Almost every application depends on the APIs of the underlying operating system to perform such basic functions as accessing the file system. With the API Economy on the verge of outright explosion in 2015 – as if it hasn’t been exponentially growing year over year since 2005 –even institutions that are traditionally slow to change are speedily realizing that they have some serious pace to catch up.

The very nature of an API implies that at some point, multiple consumers need to access the data and business logic behind the service. APIs are an admittance of concurrency in data delivery, from the front-facing services to the back-end data stores, throughout the middle mile, and all the way from the cloud down to the client. The API specifies how software components should interact and are used when programming graphical user interface (GUI) components.

There are many different types of APIs for operating systems, applications or for websites. Windows, for example, has many API sets that are used by system hardware and applications — when you copy and paste text from one application to another, it is the API that allows that to work.

Most operating environments, such as MS-Windows, provide an API so that programmers can write applications consistent with the operating environment.  Today, APIs are also specified by websites. For example, Amazon or eBay APIs allow developers to use the existing retail infrastructure to create specialized web stores. Third-party software developers also use Web APIs to create software solutions for end-users.

Role of API’s in Business

APIs matter to businesses because they enable tech-savvy innovators to develop amazing tools that help us do our jobs, market our companies better, and drive revenues. For example, the Facebook advertising API makes it possible for businesses to create ad campaigns on the most popular social networking site in the world. Many companies have realized the opportunities that APIs offer and have launched their own tools and apps to provide added benefits to their customers. Email marketing companies have APIs that enable users to manage subscriber lists and campaigns in new ways. Similarly, rewards programs and location-based marketing have become increasingly popular as more and more apps are launched to make program creation, execution, management, and tracking simpler. The popularity of APIs isn’t limited to social media. For example, the PayPal API is used to create donation services that non-profit organizations use on their websites.

With APIs, developers can more quickly launch useful tools, while individuals and businesses benefit from the functionality that these tools provide. Programmable Web, a site that tracks more than 9,000 APIs, lists Google Maps, Twitter, YouTube, Flickr and Amazon Product Advertising as the most popular APIs (view all sorted by popularity).

With this we can conclude that API will surely bang on greater heights in the future.