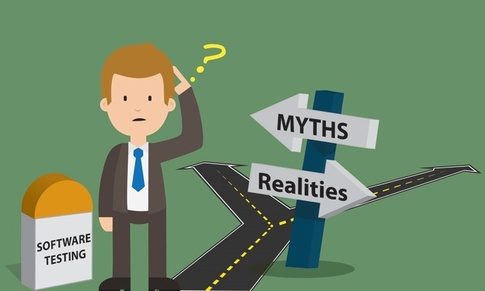 Automation testing caters the need to test an application at the click of a button. It doesn’t require any human involvement and proves to be quick, reliable, and optimal with resources. In short, it reduces human effort and is preferred over manual testing.

But, is everything that is said about automation testing true? Not necessarily.

Here are some key points that need to be considered while automating an application.

Myth: A new automation doesn’t require you to study the existing framework or test cases

Reality: Automation requires time and learning to make any influence in the business. One needs to be patient while setting the foundation strong. You can start with understanding the domain followed by creating automated test scripts, automating test cases, and choosing a framework. Moreover, the scripts must be tested properly with all possible test data.

Myth: Manual testers can be replaced by Automation

Reality: The perception that manual testers can be replaced once the scripts are developed doesn’t prove true every time. Automation can miss a small bug during execution if not programmed properly. However, such bugs can be easily detected by manual testers. With the application getting changed frequently, automation scripts also go through frequent updates, which might miss detecting a small bug, which could have otherwise detected by a manual tester.

Myth: Automation is fast while manual testing is slow

Reality: Automation allows quick execution as compared with manual testing, but at times automation requires time in identifying objects when the properties are not straight forward. For example, if the properties of the header object in a page are similar, then it will take more time to identify those headers by automation than by manual testers. Moreover, while executing the test cases involving data beforehand, manual testers prove to be quick in identifying the data to be reused.

Myth: It requires a single click to execute test cases through automation

Reality: It is a common perception that test data doesn’t require any change once the scripts are executed and automation is completed. However, executing scripts require a proper understanding of the test case flow, data, and keywords used.

Reality: Automation eases the life of testers, but with certain limitations and issues. It is practically impossible to execute the entire scripts without any failure. A script could fail due to slowness, environment issue, data issues, and changes in UI, etc. This holds true in application that changes quite often.

You may also like: A User Perspective on Automation Testing with Selenium IDE