Christmas : A day full of fun at 360Logica

When the date turns 25th December, it’s always a moment to cherish and feel happy about. Yes. It’s Christmas. Cutting cakes, distributing gifts, singing, and dancing to the tunes of the famous Christmas song…. Jingle bells, jingle bells, are all that can be seen around.

Christmas! as they say, is a Christian’s feast honoring the birth of Jesus Christ. Ever since Jesus was born, it is being celebrated with same enthusiasm and vibes. People from different traditions and religions come together and spend time with family and friends. For many, it is a time for shopping and exchanging gifts. Today, celebrating Christmas is not just confined to Churches and other religious gatherings. There are a number of institutions and organizations that remain equally enthusiastic and eager about this event. In fact, the festive season at work begins much earlier than it does at home. For many of the organizations it is a time to give every employee the opportunity to celebrate a busy and successful year.

Indeed, the Christmas celebration was no different at 360 Logica. It was an occasion where the employees and the management came together to celebrate the season. The celebration began as the employees started coming to the office. It could be easily seen from their faces, which reflected a bucket full of happiness and energy. Why not? The day promised to be full of fun and amusements.

As the hour passed, everyone remained busy in decorating their own work stations. Posing for pictures, taking selfies, clapping, and smiles on all the faces were some of the common scenes all around. The employees exchanged gifts and greetings, which was a part of the game “Gift-a-Thon’ that is being played every year on the eve of Christmas. The entire atmosphere became more amusing and enjoyable, when the employees were greeted by a Santa Claus. This was not expected by many of them. However, the presence of Santa Claus made them more excited, as he had a bag full of gifts and sweets to be distributed among the employees. As the Santa distributed goody bags from desk to desk, there were many following him to see who gets what. The excitement and happiness could be easily felt from everyone’s face. With little work and lots of fun, the atmosphere of the office was worth watching. 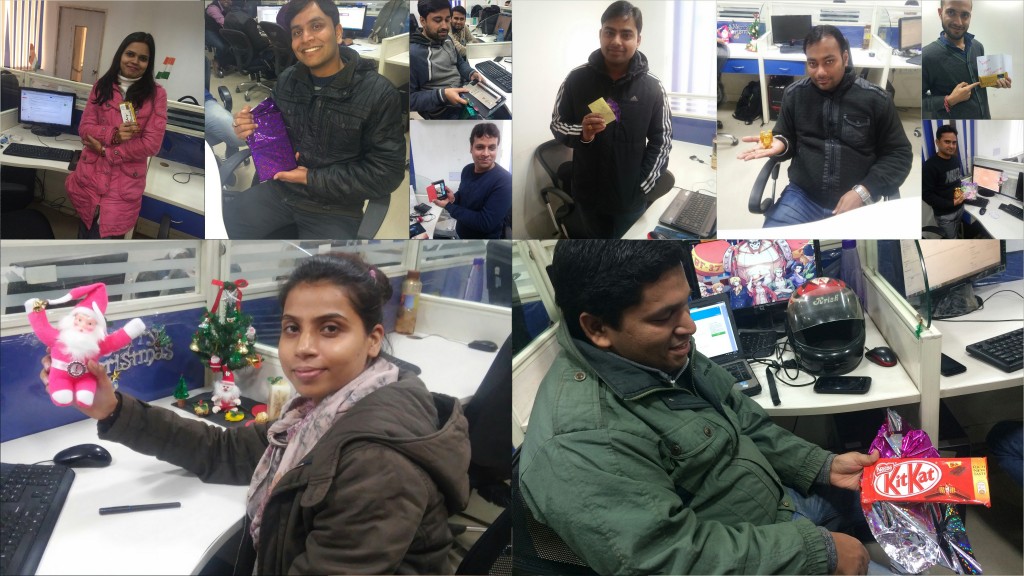 In addition to the fun activities, which were already going on, there were many more events waiting for all of us at the end of the day. It was worth a wait, especially for those who didn’t get their share or came late. As the clocked showed 5, the wait was over and the ‘Happy Hours’ was about to begin in the cafeteria. There were many who were already seated expecting to win prizes, gifts, and more. It looked like as if the entire 360 Logica family has come under the same roof to celebrate the moment. 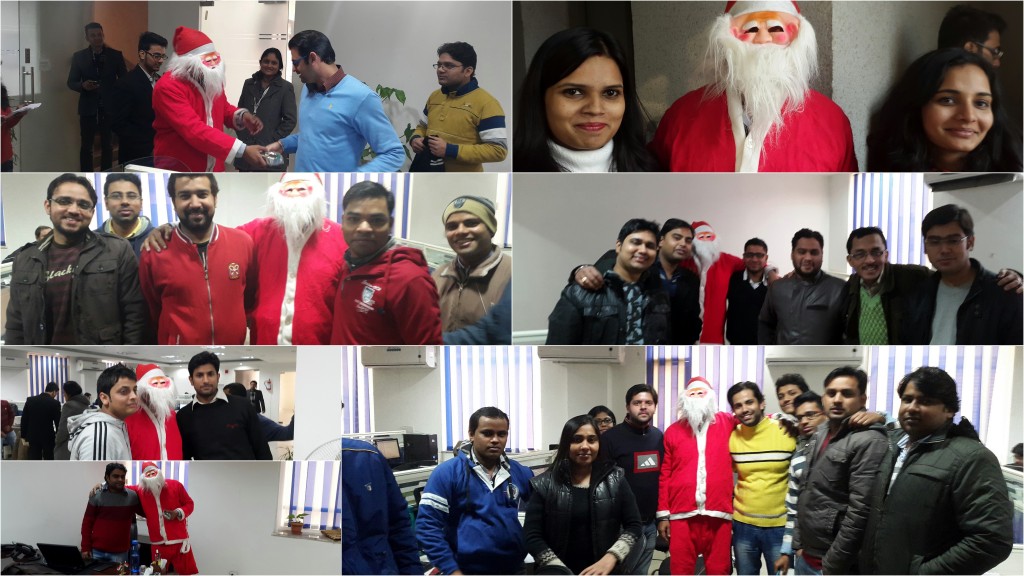 The event was hosted by the HR team, who gave all their effort to make this event successful. It started with a lucky draw among the employees. It was in the presence of top authorities and higher management that a chit was picked at random from the box. The lucky winner was facilitated with some exciting gifts. Followed by the lucky draw, a quiz was conducted among the employees. The quiz included many questions, and for each question the person knowing the answer had to raise his/her hand. It was a great fun to watch people participating in such informative yet enjoyable event. The l0 lucky people, who answered the questions, were gathered for yet another round. However, the second round was a bit more exciting and difficult. Finally, the lucky five people were honored with different kinds of gifts and accessories based on the number of questions they answered.  The event was concluded in a high spirit thanking each and every one at 360 Logica for their effort to bring fun and humor to this event. 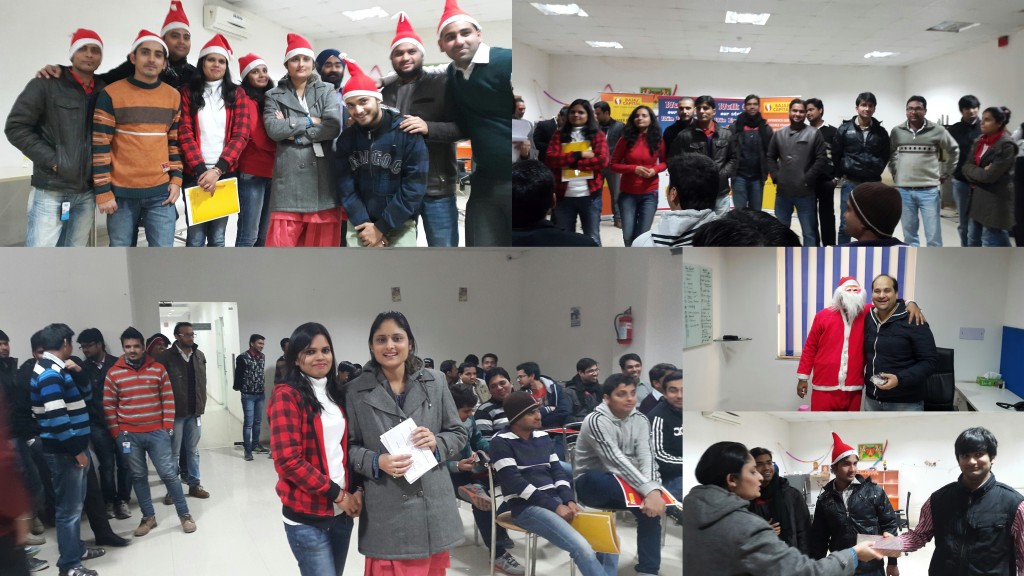 I personally believe that there wouldn’t have been a better place to celebrate Christmas. Everyone enjoyed every bit of it. It was fresh, clean, and truly enjoyable event that would be remembered for a long time.

Merry Christmas and Wish You a Very Happy New Year !!