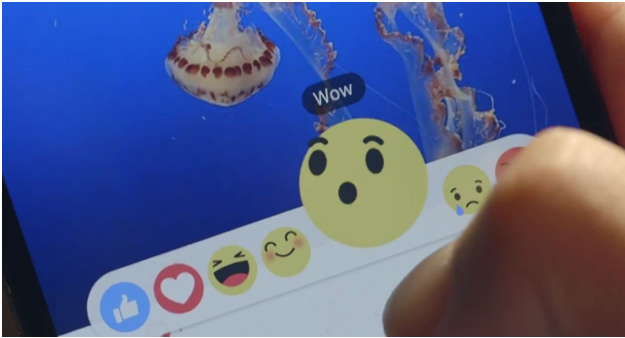 According to the latest reports, Facebook is going to change the way you interact with a post.  The change is going to bring a more realistic way of expressing your feelings for a post. Ever since the news broke out, various technology blogs, networks, and sites were busy sharing the Facebook’s new “Reactions” feature.

The demand to introduce more realistic buttons, including the “dislike” button, were buzzing on the social media platforms for quite some time. However, in a video released by Facebook, Mark Zuckerberg explained about the six new reactions option to be added in Facebook. There was no support for the dislike button though.

Moreover, Instead of implementing it globally at once, the emotions are currently limited to the users in Spain and Ireland for testing. On the basis of the outcome of the test, it could be further rolled to the remaining part of the world. After all, Facebook is best at introducing new features by testing them at smaller sections of its audience before rolling them out completely.

The step is more welcoming for those many users, who were anticipating a change for quite long. Soon, the users will be able to use the icons that exhibit love, laughter, cheeky smiles, anger, etc. along with the conventional “Like’ button. Sooner or later, this list can continue to grow with more options.  The new emoji reactions will apply to user posts and pages. However, in Ad manager, Facebook has retained the ‘Like’ button for the time being.

The six reaction emojis are actually the expansion of Facebook’s ‘Like’ button. If you will analyze the reactions, you will find that they all work in your favor. Moreover, they are very familiar, too. The ‘Like’ is represented by thumb and the rest from left to right have been dubbed ‘Love’, ‘Haha’, ‘Yay’, ‘Wow’, ‘Sad’, and ‘Anger’.

There are plenty of mediums, especially social media platforms, where users are accustomed interacting with emojis. So, it was not required to reinvent other sets of icons. Moreover, it’s not easy to adjust to any new feature.

According to Adam Mosseri, Product Director at Facebook, keeping the emotions to just six can result in quick interactions. With more and more people connecting to Facebook through their handheld devices, expedience remains the key.