How to Become a Better Tester by Playing Games 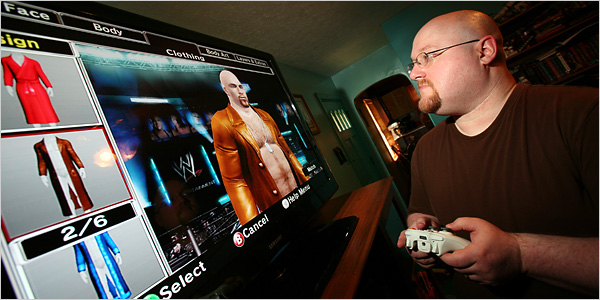 With the evolution of Smartphones, Games have become an integral part of everyone’s life. It’s no longer restricted to someone who’s a game freak; however, playing games are more than just having fun. For many, it’s more enjoyable playing with others, as it gives a chance to interact with new people and learn new things. Though these games can be played by anyone, it’s more beneficial for the testers.

By playing such games a tester can understand how the other members of his team thinks or make you anticipate your way of thinking. This can help you even with your testing approach. These types of games focused on testing skills are usually referred as tester games. Being attached to the testing industry has made me play such games a lot. Moreover, the love for the game has made me attend various conferences, workshops, track talks, etc. and run game sessions.

However, I haven’t seen anyone trying such games in any formal training.

A brief insight about a Tester Game

Any game that focuses on a specific testing skill could be a tester game. The game could be as simple as a puzzle or any other game. The idea of involving tester in such games is to allow practice different skills, concepts, and ideas relevant to testing.

Having said that, I have played and attended many tester game conferences and workshops, I consider such games as valuable tools for testers.

There is no standard categorization of the tester games, neither have I seen any.  Categorization doesn’t add any value or have any effect on the user. However, to figure out some differences between different games, I have tried to pick out three main categories of tester games.

It’s more like a logical puzzle or a trick lock with a small set of possible outcomes; however, with a slight variations in the game play. A tester can observe others while they try to solve the puzzle he/she has already solved.

While playing the importance difference game, I have observed that it uses two business cards: corporate business card and personal card. The game allows a player to ask questions about the differences between the cards, especially the one that is important to the other player. The cards could be different in color, cut corners, and information on them.

The rules to play such games are applied by a game master or coach. The task of the players is to identify the rules that are applied to a set of game pieces.

While providing a training course, such games can be created by testers to be used in the training. Points relevant to a specific testing skill can be learned by playing such games. Moreover, you can adjust the level of difficulty of these games according to the skill level of the coach and the players.

The games can prove quite helpful in experimenting with different concepts and techniques in a simple way to generate test ideas.

Initially, these games were not meant to train testers; however, later it was explored and proved to be helpful in explaining a testing concept and challenge testers. You can start playing this game for fun and later use it for training.

The game uses IceDice of different colors and sizes that are combined to form koans. There are different criteria to define the koans, which are built by the game master using the rules. The two koans that are made include the one that passes the rule and the other that doesn’t. The koan that passes or fails the rule are marked by a stone. The player, who is able to articulate the rule, wins.

This is similar to testing, where you can consider the game as a system or software. Initially, you start with little knowledge, until you give one specific input and get a positive result. However, in case of another specific input, you get a negative result. The idea is to know the working rules by testing. You can keep trying different techniques and skills to identify a pattern or the rule.

Such games can be hosted at your workplace with lucrative offers and prizes. Though it can be tedious at times, the best way to utilize the time is to conduct such events during the lunch or snack time.

Trying tester games and challenging your daily activities could help you in becoming a better tester.