Internet of Things (Iot) – One of the top technologies of 2014 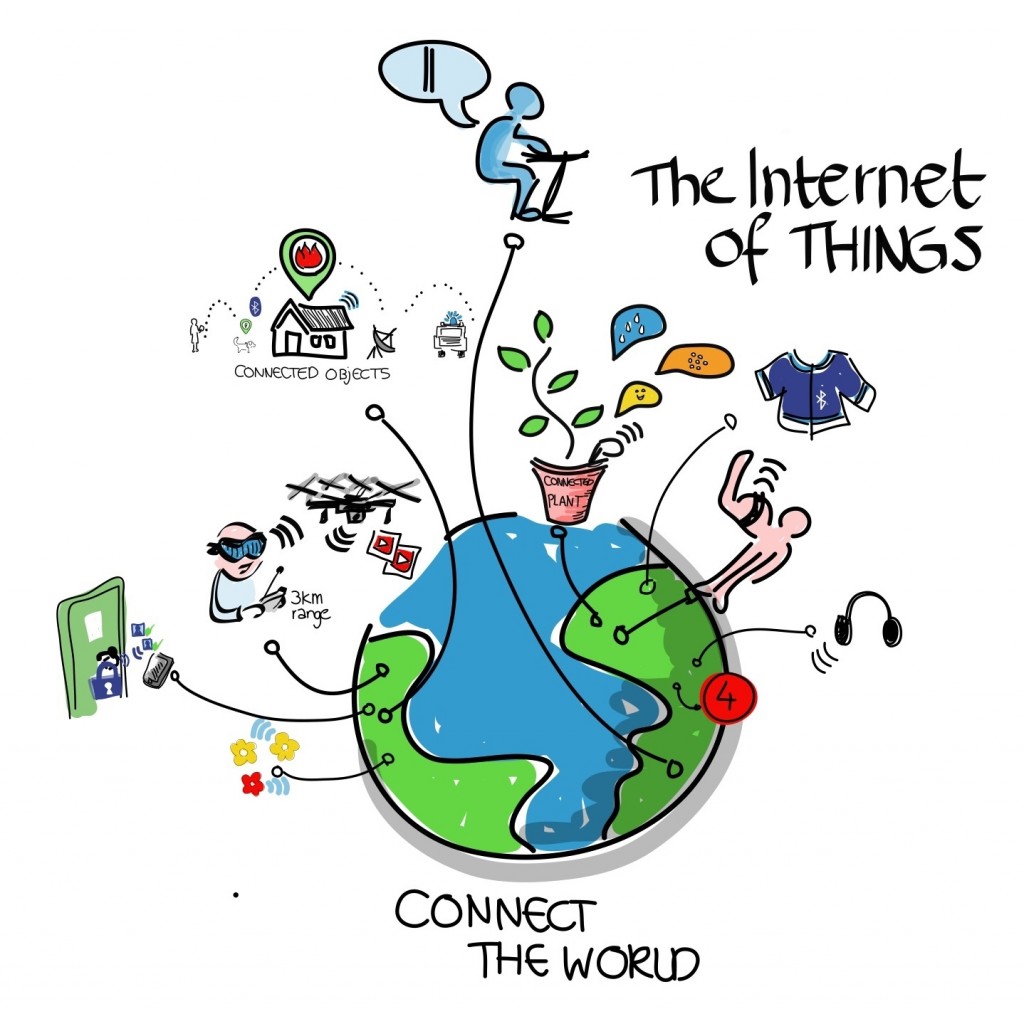 The intersection of business and technology is spawning several innovative technologies across sectors, from healthcare to consumer technology. The MIT Technology Review listed the ‘Internet of Things’ as the top technology for 2014.

What is the Internet of Things?

The Internet of Things (IoT) is a computing concept that describes a future where everyday physical objects will be connected to the Internet and be able to identify themselves to other devices. The term is closely identified with Radio-frequency Identification (RFID) as the method of communication, although it also may include other sensor technologies, wireless technologies or QR codes. We can also say, when objects can sense and communicate, it changes how and where decisions are made, and who makes them.

The Internet of Things helps enable proactive data access from any connected device. For e.g. Hospitals can monitor and regulate pacemakers long distance, factories can automatically address production line issues etc. Furthermore, as the number of devices connected to the Internet continues to grow exponentially, your organization’s ability to send, receive, gather, analyze and respond to events from any connected device increases as well.

The origin of Internet of Things (IoT)

This question may often trouble us, ‘who coined the term Internet of Things (Iot)?’ Well we can help you with the answer- Kevin Ashton, co-founder of Auto-ID Center at Massachusetts Institute of Technology (MIT) proposed the term ‘Internet of Things’, at a Proctor & Gamble presentation in 1999. Today, IoT seems to be on a good growth trajectory. It is creating a brave new generation where physical objects are being integrated into our networks and lives, usually via the cloud, to create a smarter living and working atmosphere.

Wikipedia defines IoT as, “The Internet of Things refers to the interconnection of uniquely identifiable embedded computing like devices with the existing Internet infrastructure.” It is the need to consider the technology but is better understood through the applications.

The Internet of Things is a difficult concept to define precisely. In fact, there are many different groups that have defined the term, although its initial use has been attributed to Kevin Ashton, an expert on digital innovation. Each definition shares the idea that the first version of the Internet was about data created by people, while the next version is about data created by things. In 1999, Ashton said it best in this quote from an article in the RFID Journal: “If we had computers that knew everything there was to know about things – using data they gathered without any help from us – we would be able to track and count everything, and greatly reduce waste, loss and cost. We would know when things needed replacing, repairing or recalling, and whether they were fresh or past their best”.

Why Does IoT Matter?

As being one of the top technologies, IoT is present in all domains and all sectors. It is connecting new places–such as manufacturing floors, energy grids, healthcare facilities, and transportation systems–to the Internet. When an object can represent itself digitally, it can be controlled from anywhere. This connectivity means more data, gathered from more places, with more ways to increase efficiency and improve safety and security. The IoT is significant because an object that can represent itself digitally becomes something greater than the object by itself. No longer does the object relates just to you, but is now connected to surrounding objects and database data. When many objects act in unison, they are known as having ‘ambient intelligence.’

The benefits of the IoT are clear – Communication, Control through automation and Cost Savings (the 3 c’s). IoT solves a number of enterprises, public & government sector, consumer needs and discrete manufacturing.