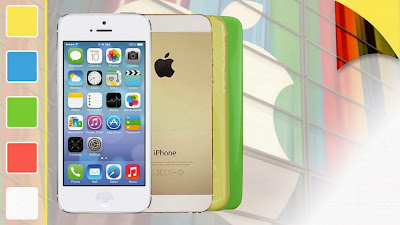 Twenty-six-year-old Richelle Mead was very ecstatic the day she booked her iPhone 5S, one of the most cherished gadgets worldwide and her second iPhone in two years. Swayed by the “extraordinary” tag attached by the manufacturer Apple to its latest iPhone version, the part-time reporter and documentary producer ordered for an iPhone 5S. Richelle was on cloud nine when the latest, fastest, and the most aureate Apple product was delivered at her home in Renton, Washington. She wielded the slick and sophisticated handset with style, but felt being let down when she experienced iPhone 5S apps crashing more often than her previous handset.

Richelle is one of thousands customers peeved at Apple for high rate and frequency of iPhone 5S apps crashing. Many of them upgraded to the new iPhone 5S with the belief that the new handset would not have such bottlenecks they had with iPhone 5 and iPhone 5C. However, it is found that the incidence of Phone 5S apps crashing is two-time higher than mobile applications floundering on iPhone 5 and iPhone 5C.

According to mobile application performance management agency Crittercism, the lack of adequate testing during the development stage is the most glaring cause of apps crashing on iPhone 5S. The new handset runs on a new operating system iOS 7, an M7 coprocessor, and a 64-bit A7 chip, almost twice powerful compared to previous versions, including iPhone 5C. None of them had these three elements.

Integration of new hardware and software systems requires rigorous compatibility testing for several months prior to market introduction. This is called beta testing. Experts opine that iPhone 5S app developers either failed to run comprehensive beta testing to diagnose and rectify bugs or lacked adequate time for rigorous compatibility testing during the same period due to non-availability of new hardware, drivers, and codes.

Though the application crash rate is around 2% for the iPhone 5S, this is almost double compared to similar problems with iPhone 5 and iPhone 5C. Notwithstanding their low number, these crashes bother users significantly when they occur while shopping online, reading reports, or viewing important matters. They can cause online shopping sites or businesses to lose customers as repeated application failures force customers to give up their interest and seek alternatives.

The most talked about iPhone 5S application crash is “Blue Screen of Death.” The device screen turns blue all of a sudden and remains so for a while before rebooting. This is attributed to crashing of iWork, a free, open-source office suite of applications, which comes with all devices operating on iOS platform. It is primarily used for creating presentations and documents.

Millions of applications targeting the latest iPhone have been launched. There is hope that the iPhone 5S application crash rate will come down with time, as developers are now testing compatibility issues between new hardware and apps. However, bug has its impact already. While the reliability of both the handset and apps are being questioned, the biggest causality is consumer credibility. The news has its impact on the huge rush for the device, for which the preorders were at least 20-time higher than any iPhone version. The craze has sliced down considerably.