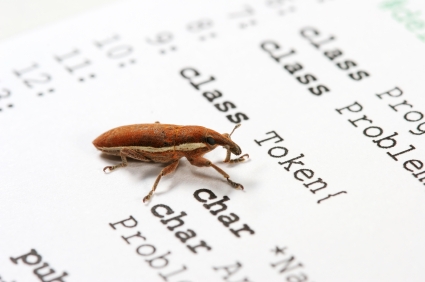 A tester encounters various issues, ranging from a minor text misalignment to a button that is not quite the actual size. In addition, issues related to color and other non-functional parameters are often faced by testers at some point in the testing cycle. While testing, it is very challenging to note down such trivial bugs, as it requires you stop the ongoing testing. However, it is up to the tester to decide.

There are testers who believe in logging each and every bug, irrespective of their sensitivity. However, some ignore the minor ones. In fact, most testers keep a balance between logging and not logging the trivial bugs.

One cannot justify either of the approach to be right or wrong. However, there are a few considerations while logging bugs, no matter how trivial they are. Moreover, this can help in prioritizing the bugs you have decided to log.

After answering the above-mentioned questions, you must consider the time required to log the bugs. In addition, factors like priority, fixes, testing, and cost are also important to be considered.

Some devoted testers get indulge in testing minor details so religiously that they spend most of their time in logging trivial bugs. It’s just like a police officer focusing on victimless crimes, when there are more sensitive ones to be stopped. Such activities of a tester are often noticed by managers and developers. However, a tester must focus on sensitive issues first and put things into viewpoint.

In my opinion, trivial bugs also need to be logged, but not at the cost of major bugs. There needs to be a balance between the two, where the major bugs should be traced and fixed first. My testing approach was quite similar, as I used to focus on the big issues while testing a new functionality. Most of the time was given to big issues, whereas the trivial issues were noted down to be addressed later.  In order to ensure a smooth testing and release process, I used to wait until the last moment of the test completion or release to log trivial bugs.

Over the years, I have realized that the time to market is the key in any business, especially software testing. It is not the right way to concentrate on the UI and ignore the usability and functional aspect of testing. However, you should not ignore all the trivial bugs. It could result in a set of minor issues that could affect the application. As already said, you must address the trivial issues once you are done with the major ones. This also helps in reducing the testing cycle and making it smoother by prioritizing bugs.