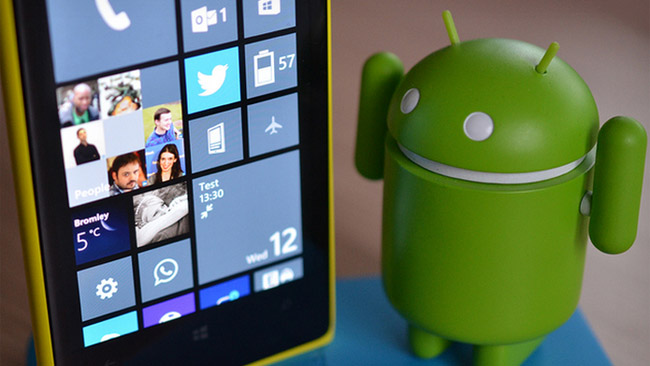 With the increase in the number of platforms for the Smartphones, there is an extensive need to test many applications that run on them. However, this diversity can throw various challenges for the testers, as they need to switch between various platforms to test an application.

Microsoft recently came up with an innovative approach, where it is developing software to convert Android Smartphones to Windows 10. This can be enabled through a new ROM, which is being tested by the company. For the initial trail, Microsoft has partnered with Xiaomi, a leading Chinese mobile manufacturing company.

According to Terry Myerson, executive vice-president at Microsoft, the Xiaomi running the modified version of the Android has been chosen to test the technical preview of Windows 10. After announcing this at the Windows Hardware Engineering Community forum in Shenzhen, China, Myerson mentioned in a blog that some selective power users of Xiaomi Mi 4 would help in testing and its release. These power users would be allowed to download, install, and provide feedback on the Windows 10, he added.

Based on the various analysis and reviews done by technology experts, the ROM is going to override Android and will enable the device to behave like a phone running on Windows 10. However, the device will retain the conventional GUI and Windows applications. The rollout is going to be done in phases, as Microsoft plans to make the ROM available to more devices in the near future. The expected time of release is this summer, in 190 countries and with 111 languages.

The reason to choose Xiaomi for testing was solely based on the fact that the company has a strong and reliable customer base.  When it comes to test a new feature, the users are very responsive and provide valuable feedbacks. Moreover, the revenue is the least concerned thing for Xiaomi, as it is just helping Microsoft with the trail.

Once can call it as a strategy by Microsoft, where the company is planning to reach out to a large audience by making the services available across on diverse devices and platforms. By getting its services available on platforms like iOS and Android, Microsoft is planning to increase its market share from 2.7 percent to a level that can catch up to that of Apple and Android.

As you can see, the strategy taken by Microsoft is paying off, at least for the tablet business. Earlier, Microsoft tablet business was negligible; however, with the help of its hybrid range of tablets with a free year of Office 365, Microsoft has been able to grow its tablet unit business. According to IDC, a leading research firm, the tablet market share of Microsoft is expected to touch 14.1 percent in the next five years.