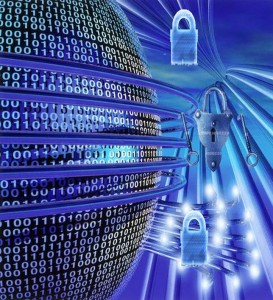 The testers always want to deliver till the last bit. Even when the product is ready, they always want a last minute check for security. And this can be best achieved by Penetration Testing. The main objective of penetration testing is to determine security weaknesses. But there is a majority which refrains from this type of testing as it bears additional expenses from the budget.

So, Let us give you a list of a few great ‘pen testing tools’ that are available for free. Read below:

Nmap is gigantic, a security tool which has been around for ages and is probably the best known. A multi-purpose tool, Nmap is used for port mapping, network scanning, and application & OS discovery. To discover hosts on a network Nmap sends specially built packets to the target host and then analyzes the responses. The program is really sophisticated because unlike other port scanners out there, Nmap sends packets based upon network conditions by taking into account fluctuations, congestion and more. This is undoubtedly the easiest and most flexible of all.

Nessus is another giant – a security tool that focuses on vulnerability scanning. There is a free and paid version – free for personal use. Started in 1998 by Renaud Deraison is has evolved into one of the world’s most popular security tools – particularly as a vulnerability scanner. With over 30,000 available plugins with automatic updates, Nessus 5 is among the fastest scanners around. The organization behind Nessus, Tenable Security, estimates that it is used by over 75,000 organizations worldwide.

Wireshark has been available since long and is extremely popular. This tool is a perfect option when it comes to sniffing or capturing network traffic, or examining sessions and protocols in depth. Wireshark allows the pen tester to put a network interface into a promiscuous mode and therefore see all traffic. This tool has many features such as being able to capture data from live network connection or read from a file that saved already-captured packets. Wireshark runs on a great range of platforms, and supports multiple capture file formats. An indispensable tool, Wireshark is able to read data from a wide variety of networks, from Ethernet, IEEE 802.11, PPP, and even loopback.

This is huge. Developed by Rapid7 and used by every pen tester and ethical hacker in the world. This open source platform – known as the Metasploit Framework is used for developing or testing exploits and available both for Unix and Windows. Metasploit is a security project which delivers information about security vulnerabilities and helps penetration testing and Intrusion detection. Its main advantage is that specific exploits are fully demonstrated as existing rather than only noted as potential vulnerabilities. This is used by security professionals to execute exploit code against a remote target machine – for penetration testing of course!

Nikto is an Open Source web server scanner. It is able to scan for more than 3500 potential vulnerabilities and provides custom scan options by vulnerability classes. Customizable and logical testing options, host selection from the Nmap output, and many other features make it a really great tool. This tool performs test against web servers making requests for multiple items.

For a professional penetration tester, it’s advisable to understand and use these tools effectively. These are some great tools that make penetration testing easy to manage. Happy Testing!