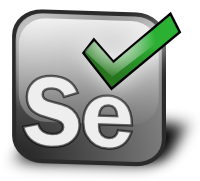 Selenium is a portable software testing framework for web applications. The tests can be written as HTML tables or coded in a number of popular programming languages and can be run directly in most modern web browsers. Selenium can be deployed on Windows, Linux, and Macintosh.

What are the main components of Selenium testing tools?

What is Selenium IDE?

Selenium IDE is the integrated development environment for building Selenium test cases. It operates as a Mozilla Firefox add on and provides an easy to use interface for developing and running individual test cases or entire test suites.

Can tests recorded using Selenium IDE be run in other browsers?

Yes. Although Selenium IDE is a Firefox add on, however, tests created in it can also be run in other browsers by using Selenium RC (Selenium Remote Control) and specifying the name of the test suite in command line.

What are the advantage and features of Selenium IDE?

What is Selenium RC (Remote Control)?

Selenium Remote Control (RC) is a server, written in Java, that accepts commands for the browser via HTTP. RC makes it possible to write automated tests for a web application in any programming language, which allows for better integration of Selenium in existing unit test frameworks. To make writing tests easier, Selenium project currently provides client drivers for Python, Ruby, .NET, Perl, Java, and PHP. The Java driver can also be used with JavaScript (via the Rhino engine).

What is Selenium Grid?

Selenium Grid in the selenium testing suit allows the Selenium RC solution to scale for test suites that must be run in multiple environments. Selenium Grid can be used to run multiple instances of Selenium RC on various operating system and browser configurations.

How flexible is Selenium test suite?

Selenium testing suite is highly flexible. There are multiple ways to add functionality to Selenium framework to customize test automation. As compared to other test automation tools, it is Selenium’s strongest characteristic. Selenium Remote Control support for multiple programming and scripting languages allows the test automation engineer to build any logic they need into their automated testing and to use a preferred programming or scripting language of one’s choice. Also, the Selenium testing suite is an open source project where code can be modified and enhancements

can be submitted for contribution.

What is the cost of Selenium test suite?

Selenium test suite a set of open source software tool, it is free of cost.

What is difference between QTP/Borland Silk and Selenium?