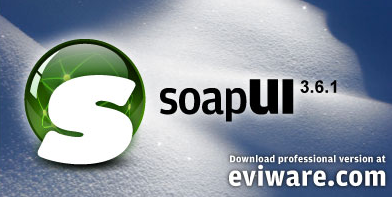 SmartBear announced the general availability of SoapUI 5.0 on Apr 9, 2014. SoapUI was specifically designed to tame the growing number of undocumented REST APIs on the market today. It is a free and open source cross-platform Functional Testing solution. With an easy-to-use graphical interface, and enterprise-class features, SoapUI allows you to easily and rapidly create and execute automated functional, regression, compliance and load tests. In a single test environment, SoapUI provides complete test coverage and supports all the standard protocols and technologies. There are simply no limits to what you can do with your tests.

What can SoapUi do?

Check below the breakdown of the new SoapUI 5.0

REST Test Suite Builder – The REST Discovery feature allows you to capture REST traffic by simply using the service through a browser or client. You can automatically create test suites for an API from your interactions with it.

REST Mocking – The REST Service Mocking feature lets you create a simulation of a REST services, a MockService. The REST mocks can then be run either from inside SoapUI or from the command line with the runner mockservicerunner.bat/sh. Easily creates REST Mocks without the need for scripting. Being able to test unavailable APIs (due to not developed or no staging/testing environment existing).

OAuth 2 Support – SoapUI supports OAuth 2. Now you are able to test modern APIs. In order to use OAuth 2 authorization for a REST request you need to

OAuth 2 Profiles – Use Profiles to set different OAuth credentials for different REST Requests without having to enter them more than once.

Matti Hjelm, SmartBear’s SoapUI Product Owner said, “We are showing REST developers and testers that they can use SoapUI to do serious REST Testing, and we are showing our continued commitment to the REST API Testing market. … [Success will be gauged on] adoption percentage among current user base and amount of new users—specifically, those based around REST APIs.”

The best thing about SoapUI is that it’s a free and open source application, meaning anyone can have free access to the full source code. It also means you can modify or customize it any way you like.