The Importance of Practicality While Performing Load Tests 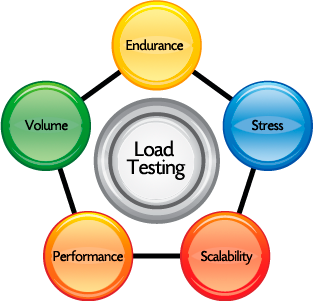 With the growing expectations of users, it has become vital to test web/mobile based applications for performance. This is to stand among the competitors with the growing competition in the market. Today, with the growing need to access anything, anytime, anywhere, users are most likely to go for an alternative, in case their requirements are not fulfilled.

With the people becoming more and more tech savvy, the performance holds the key for any web or mobile based applications. In order to ensure the best performance from your web and mobile apps, you need to make the most realistic test scenarios.

The Importance of Realism

Performance testing ensures that your application is capable of handling loads under different circumstances. There are various factors that affect the user’s experience, like a particular device in use or any task that he/she needs to accomplish. However, there are other factors that are hidden somewhere else. In addition, there are various other applications that run on the same platform and impact the performance.

So, a simple performance test might not assure an error free application, unless you consider every aspect that might affect the performance. You must build realistic test cases, and include the scenarios that are likely to occur in the future. An unrealistic test is just a waste of time, effort, and money.

There are different ways in which performance testing can be made more realistic.

The geographic proximity plays an important role while creating realistic load test scenarios. There are many factors, like number of hops, speed between the website and client, etc. that determines the speed and delivery of the packets.

Users behave differently because of the diversity in geography. This helps in getting a range of user experience patterns. Moreover, you can distribute load across multiple places and carry out load testing more practically.

In case of web based applications, web browsers play a major role in providing end-to-end visibility of performance. By analyzing the processing that takes place within the browsers, you can get the complete performance visibility, especially in case of scripting usage on the client side. The test cases based on browsers can help in getting details related to user activities on the webpage.

With the advancement in technology, the variability in devices is also growing. By closely monitoring the updates and releases, you can determine the changes affecting the software’s performance.

The key aspect while performing realistic load tests include the user behavior, i.e. the manner in which a user interacts with the site. You should start recording the scenarios by capturing the clicks, which acts as the reference for future load tests. The scenarios must include parameters which maps to the exact user behavior, including interruptions and pop-ups.

Moreover, to simulate real-life conditions, you must special variables to run load tests. In addition, you can also make use of Google Analytics to efficiently use the parameters.

User paths are often not tested completely because of the limitations of the software being used. For example, a chat window hardly gets tested. In addition, there are various 3rd-party ads that make the users wait.

Latency and bandwidth are the two factors that can influence the user experience. However, you can isolate the issues related to application performance and network by monitoring the bandwidth from multiple locations.

Issues related to bandwidth affect mostly the mobile based applications. You can use emulators to get an idea about the network characteristics and then build them in to load tests.

Depending on the devices and browsers, there are different ways of allowing simultaneous connection request. The requests help in downloading scripts, images, and other resources from the page. Try emulating your browser while sending the requests. This would make the simulation more realistic.